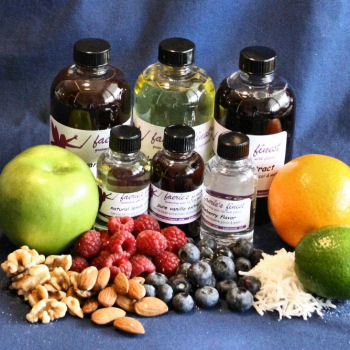 “Do a significant number of cosmetic chemists and formulators really hold that extracts are worthless in a product?”

This quick answer is Yes. Most cosmetic chemists that I know believe that extracts in a formulation are nothing more than claims ingredients added to support the story that the marketing group wants to tell about the product. We do not expect these ingredients to have any impact on the functionality of the product.

This position naturally leads to some questions which I’ll address now.

Why don’t you think they do anything?

There is so much (mis)-information about natural extracts on the Internet that it is understandable people would think they have some benefit. Additionally, there is the wisdom of ancestors that helps reinforce the idea that certain home remedies provide great benefits. On my other website The Beauty Brains we frequently get asked whether this or that treatment suggested by someone’s grandmother is really going to improve hair or skin. And many people use treatments like olive oil, apple cider vinegar, lemon juice or things like this as beauty treatments. There just seems to be a natural inclination to want to believe that nature provides everything we need to have great looking skin and hair.

As a scientist our goal is to create the best performing product that we can make. This means taking all the materials that we can access, testing them to see their effect, improving on things that work and rejecting things that do not work. Most importantly, we are (should be) driven by testing and data. If aloe vera does not moisturize better than petrolatum there is no performance reason we should use aloe vera. If it did, than we should use it.

Now if you want to prove that an extract has an effect you have to do some testing. This is where things get tricky. In the cosmetic area we have a limited amount of reliable testing however, we do have some. We can measure for moisturization, anti inflammatory response, and some other things.

But any claim that can be made about an ingredient should be disbelieved until there is some evidence that it is true.

I think this is where non-scientists and scientists diverge. Non-scientists begin with a conclusion (XX extract has some positive effect) whereas scientists begin with not knowing (XX extract might have some positive effect). If you start an investigation with a belief that something works you are going to collect data that supports your belief and reject data that doesn’t support it. This isn’t scientific and it results in you reaching potentially erroneous conclusions. If you start an investigation with an open mind you are going to make conclusions based on all the data collected, not just the things that support what you want to believe.

So how do you prove an extract “works”?

Here is a three step method for demonstrating an extract works.

Step 1 - Screen the ingredient at a high level through some standard test. If you want to prove something is moisturizing, conduct a TEWL study. If you want to show that something is an antioxidant, conduct an antioxidant assay. If something is supposed to be good for hair, dunk a hair tress in the extract and measure it for things like shine, detangling, strength or anything else. At this point you don’t even have to test it against anything beyond a blank control. If you can’t see some obvious benefit at this point, it’s not worth pursuing further. If the neat ingredient doesn’t do anything, putting it in a formulation won’t help.  The vast majority of extracts fail at this point.  But if it doesn’t, certainly move on to step 2.

Step 2 - Compare the ingredient to a control.  In the screening phase it doesn’t much matter what you compare the ingredient to. You are just interested in an effect. After you see an effect then you want to quantify this effect. This is what you do next. Conduct the same test you did in the screening step and compare it to your base formula. If you are testing an ingredient for skin moisturization, take a standard skin lotion and compare it side-by-side with the ingredient. If the test ingredient works better than the control then you’re really onto something. Unfortunately, at this point most ingredients that made it through the first phase will fail to make it past this one.

You might say that this is being too restrictive and that the ingredient might have some synergistic effect with the formula. That’s fair enough so if you want to be even more thorough, create a formula with your ingredient (at some high % level) and compare it’s performance to the same formula without your ingredient. Do this on a blinded basis. If you can tell a difference, then go on to step 3.

Step 3 - Test the formula in real life - Now that you’ve made it past the first two hurdles you’re ready for the final, most significant test. Move out of the lab and test your formula with actual consumers. Give them a sample of the formula with the ingredient versus without the ingredient. Let them try the products over the course of two weeks. Then record their responses. Did they notice any difference? Which product did they like? You can even take lab measurements to quantify any difference but these measurements are mostly only relevant for claims support. If consumers can’t tell a difference but you can measure one with a lab instrument it is much less important than if consumer can tell a difference.

Here, in step 3 is where nearly all extracts fail. They just do not provide consumer noticeable effects. And this is why cosmetic chemists think that extracts are simply claims ingredients in the formula.

All of this leads to an obvious question. If they are useless in the formula, why do you use them? This is because they are not useless in the formula. While they don’t have any functional impact, they do have one very important impact…they increase product sales. People want to buy cosmetics that have exotic or impressive ingredients in them. If you go to Amazon.com and search the number one selling beauty products, they are products that contain Argan Oil. Now, if you look at the list of ingredients of those formulas, there is little to no argan oil in the formula.

This means that even though argan oil does nothing in the formula, it clearly helps sell the product. And in the cosmetic industry if you aren’t selling your formula you don’t have a product.

We add extracts because they sell product.