It’s easy to find people claiming on the Internet that natural cosmetics or natural skin care is better than synthetics. These claims are inherently believable because most people embrace the “appeal to nature” rhetorical trick. This is the idea that something is good because it’s from nature while something not from nature (man made) is bad. This naturalistic fallacy is further supported by marketers of “All Natural” products, naive bloggers and a media who consistently produce stories about the dangers of toxic synthetics.

It’s not surprising to me that a large majority of consumers say they want natural or clean beauty products. But I think if consumers were better educated or at least not misinformed, they would have a different view. From my perspective, natural cosmetics aren’t better. Here’s why.

To understand why natural cosmetics don’t work as well as standard beauty products, you simply have to look at how beauty products have evolved over time. Cosmetics have been in society for at least 30,000 years, maybe even longer. People have used them as camouflage, to improve appearance and to make themselves more appealing to a potential mate.

Since there weren’t cosmetic chemists back then, people putting together these products relied on things available to them in nature. Fruit juices, plant oils, seeds, spices, natural pigments, or anything else they might smear on their bodies was tried. Things that were effective continued to be used. Things that didn’t work, weren’t. In this way, the performance of products steadily evolved to maximize the effectiveness of the ingredients they had available.

Following this strategy of product development, formulators were always on the lookout for new ingredients that might lead to better products. But at some point they tried everything that could easily find. Products were optimized to the technology.

It wasn’t until modern synthetic chemistry was introduced that there could be significant improvements in product performance. Chemists came to understand why some natural ingredients worked better than others. This allowed them to create synthetic chemicals that could perform even better than any natural ingredient. Not only were there many more chemicals to choose from, they were able to pick only the ones that worked the best.

So, the main problem with natural cosmetic is that it is old technology that doesn’t work as well as new, synthetic technology. Natural cosmetics represent a devolution of performance much like going from a car to a horse drawn carriage or from a light bulb to a candle. Yes, those old technologies can still work. But the performance is inferior.

Two examples include soap and shellac. Soap is old technology that still works. However, it is also drying and irritating to skin, low foaming and can cause “ring around the tub” due to interactions with hard water. Synthetic detergents solve all of these problems and also work much better on hair.

Shellac is a natural ingredient derived from insect excretions. It was the go-to ingredient for hair sprays in the 1950’s. But it made hair sticky and was incredibly difficult to wash out. The development of synthetic polymers revolutionized hair styling products. Time and again synthetic chemicals perform superior to natural alternatives.

In addition to the use of inferior performing ingredients, the cosmetic chemist who is trying to make natural formulas is also hampered by the fact that they get to use fewer ingredients. They have fewer choices.

You see someone who formulates natural beauty products is limited to what they can find in nature. This is the same problem that the ancients had. But standard beauty product formulators can use all of the ingredients that a natural cosmetic formulator might use, but they also get to use all the other of the 22,000+ cosmetic ingredients. It’s like comparing two painters where one is given 3 colors to work with while the other is given a few dozen. Sure both painters can create pictures, but the one who has more options can create much more detailed and complicated works.

You can read about more challenges of natural formulating.

Alright, let’s move on to the other reason natural cosmetics are inferior. That has to do with the problems with natural ingredients which include

There are some inherent problems with the ingredients used in making natural cosmetics. Perhaps the biggest problem is the inconsistency of the ingredients. When you make a cosmetic formula you expect that every time you buy a raw material it will be made up of the same chemicals as the last sample you bought. While this is true for synthetic ingredients like Cetyl Alcohol or DMDM Hydantoin, this is not true for natural ingredients. 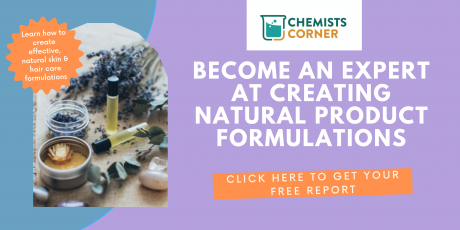 Second, the percentages of these ingredients can change. That’s because the exact composition depends on things like growing conditions, genetics of the plant, and harvesting procedures. For example, if you’re using Bakuchiol extract and expecting it to work as well as retinol in your formula, how do you ensure each batch works the same as the previous batches? How do you know it contains the chemical that actually might have the effect? You can’t.

And while the composition of synthetic ingredients can also be complicated, at least you know what’s in it.

One of the ways we determine safety in cosmetics is through cosmetic stability testing. Natural ingredients are just not as stable as synthetic ones. They are prone to oxidation, UV degradation and other biodegradable processes. Now, this is generally great for the environment. And it is one of the reasons people point to natural cosmetics as being better. I don’t disagree. However, from a formulation standpoint, this means natural beauty products will not last as long as synthetic ones. Over time they become less effective and also less safe.

One of the reasons to claim the products become less safe over time is because out in nature, there are a lot of microbes living free. In fact, I’m writing this during the COVID 19 pandemic which is a great illustration of how microbes like viruses, bacteria, yeasts, and molds are everywhere. If you use cosmetic preservatives and you process natural ingredients to kill off microbes, it’s not a big problem.

But with demands that natural formulations are “preservative free” or contain only natural, less-effective preservatives, this become a huge problem. In fact, most of the recent FDA recalls of cosmetics are the result of inadequately preserved cosmetics (e.g. contamination). Synthetics are not as appealing as food sources for microbes so this is less of a problem.

Add to this the ethical problem of using scarce farm land for growing cosmetic crops rather than food, the increased cost of the products, or the large land footprint needed to make tiny amounts of natural ingredients (I’m looking at you rose oil), and you’re left with the question of whether natural cosmetics are actually ethical. An argument could be made either way.

Why natural cosmetics are inferior

So in summary, natural cosmetics are inferior for the following reasons 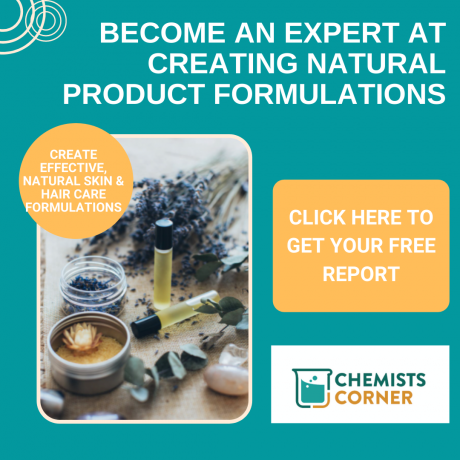