I read this heartfelt article in the Edmonton Journal encouraging the Canadian government to ban animal testing of cosmetics. 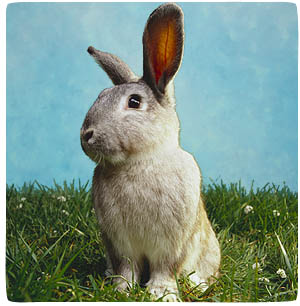 It’s a laudable goal and something that I think will eventually happen but I don’t think this editor realizes how small an impact such a ban will have. She also gets a few things wrong which I’ll try to correct.

Should we ban cosmetic animal testing

The author made a number of points which she didn’t get quite right.

“It’s astonishing, really, when you consider that many of these animal tests were first developed in the 1930s and 1940s. Just think how much science has evolved and improved since then.”

In the area of animal testing of cosmetics, the technology hasn’t evolved or improved much since the 30s or 40s. The main difference is that fewer animals are used but these are essentially the same tests which correlate the same way to human safety. No one has come up with new animal tests because there is no money in it. All the new research in this area is being spent on developing alternatives to animal testing. There have been some validated tests but work remains to be done.

“They are also being surpassed by state-of-the-art non-animal tests that are better able to predict how consumers like you or me will react to a product in the real world. “

Well, not exactly. Yes, some tests have been developed to replace animal testing, but not everything. For example, there is nothing to replace inhalation testing of aerosols. The author might find this link to the EU validated animal testing alternatives helpful.

“So by removing animal tests from the equation, we would actually improve consumer safety”

“No company needs to test on animals to produce safe, new cosmetics…”

This is true unless a company wants to make actual “new cosmetics.” Anything that would be something new and have new benefits would require new ingredients which would have to be safety tested on animals.

Again, this isn’t exactly true. A cosmetic company can use ingredients that are tested on animals if the testing was done for the pharmaceutical industry. A raw material company can simply say that it was evaluating the ingredient for a pharma application and that data can be used for getting approval for use in cosmetics.

“Opinion polls show that the vast majority of us Canadian citizens want an end to cosmetics cruelty. “

This depends on how you word the question. Who would say yes to ending animal testing if it meant their cosmetics weren’t going to be as safe?

Should cosmetic animal testing be banned?

They are too easy to get around. And the safety of cosmetics should not be something that isn’t suitably determined.