Will the persecution of parabens ever end?

The most frequent type of formulation questions we get here on Chemists Corner are about preservatives.  Specifically, people ask about alternatives to parabens.  And while we’ve written about alternative cosmetic preservatives, the desire for these seems misplaced because it is based on the flawed notion that parabens are dangerous. 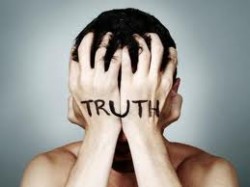 The idea that parabens are dangerous got it’s biggest boost in 2004 with a study published by Darbre.  Essentially, the claim was that parabens were present in human breast tumors and the implication was that there might be some causal effect.  There were also some studies suggesting an oestrogenic effect of parabens.  These studies were enough for chemical fearmongering groups to call for a ban of parabens.  Others called for the implementation of the Precautionary Principle which states that if an ingredient seems like it might be dangerous then it shouldn’t be used until it is demonstrated not to be dangerous.

Although, it seems the real meaning of the Precautionary Principle is that if an ingredient is suspected of being dangerous it should never be used again.  I come to this conclusion because of the recent declarations by the independent EU science-based organization the SCCS.

Who is the SCCS?

The SCCS stands for the Scientific Committee on Consumer Safety.  It is an EU-based group of  independent scientists who are responsible for evaluating research done on the safety of ingredients and advising the EU legislative bodies on whether things are safe or not.  The most important part of this organization is that they are independent and are not paid for by the cosmetic industry.  These are scientists who have no vested interest in the way that the science turns out.  If they found that parabens were dangerous, they would say so.  It is a common complaint in the US that the CIR, the group that has the same function in the US, is funded by the cosmetic industry.  But the SCCS is not industry funded and no conflict exists.

What did they find about parabens?

The SCCS has published a number of opinions on parabens since 2005.  Their most comprehensive study was published in 2011 which determined that Methylparaben and Ethylparaben were safe when used at approved levels (0.4% individually & 0.8% combined).  Since these are the two most commonly used parabens cosmetic chemists still have good formulation options.  They took some more time to look at butylparaben and propylparaben.  And the latest SCCS opinion…these are safe when used at the suggested concentrations of 0.19% or less.

So, will people who following the Precautionary Principle now back off and agree that parabens have been proven to be safe?

If not, what more information will people need?

This is the problem I have with the Precautionary Principle.  No one ever seems to define the time when an ingredient is deemed “proven safe.”  If you have independent scientific experts saying something is safe and you don’t accept that, what will critics ever accept?