Types of Peptides in Cosmetics

There are a number of types of ingredients offered to formulators as “active ingredients.” You can find 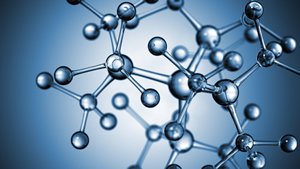 molecules claimed to boost collagen production, turn off melanocytes, and even grow hair. In reality, if these ingredients actually worked as they were marketed your cosmetic would be a drug (at least in the USA) and would technically be illegal to sell. However, if you word your claims properly you can incorporate some of these ‘active ingredients’ in a proper way and your marketers can use them to compel consumers to buy. One of the most popular of these “active ingredients” are peptides. In this post we’ll look at peptides a little more in-depth.

Peptides are different from proteins in that they are much shorter and don’t have the same type of secondary folding structures. As a rule of thumb, if there are 50 or fewer amino acids hooked together the chain is called peptide. If there are more than 50 it’s called a protein. Proteins can be VERY large and are organized in such a way that they have biological properties (for example proteins are components of hair and skin.) Some peptides occur naturally in your body and others are made synthetically to mimic the function of natural peptides.

Why are peptides used?

Peptides are used in cosmetics for a variety of reasons depending on the type of peptide used. We’ll dive deeper into the different types but the primary reasons for including peptides in formulas include anti-aging effects, anti-irritation effects, and marketing. The most effective of these reasons is the marketing story that the peptides allow you to tell. But there is at least some evidence that peptides in cosmetics have some effect.

Neurotransmitter inhibitors
These peptides are added to cosmetics to reduce wrinkles because they inhibit acetylcholine release by a variety of chemical interactions. The most extreme neurotransmitter include the poison Curare and the Botulism toxin (Botox). Less invasive versions have been developed for use on skin and the hypothesis is that they relax the muscles of facial expression so they don’t contract as much which causes wrinkles to relax. These neurotransmitter inhibitor peptides have been shown to reduce certain types of wrinkles by approximately 30% (in in vivo studies.)

Signal peptides
These peptides are added to skin cosmetics because they can stimulate skin fibroblasts to produce more collagen, elastin, and other proteins in the matrix of the dermis. Boosting these structure proteins makes skin look firmer and fuller. GHK is an example of a signal peptide and it was one of the first peptides discovered - it was originally isolated from human plasma in the early 1970s and it’s wound healing properties were first observed in mid 80s- which goes to show that this technology is relatively new. These days the ingredient is synthetically engineered.

Carrier peptides
These peptides deliver trace elements, like copper and magnesium, which help with wound repair and enzymatic processes. These trace elements have been shown to improve pro collagen synthesis, the elasticity of skin, and overall skin appearance. For example, a copper complex is made of amino acids glycine, histamine, and lysine and is used in the treatment of diabetic neuropathic ulcers. These are sometimes called “penetrating peptides” or “membrane transduction peptides.” GHK-Cu which is a copper carrier has been used for firming skin.

Enzyme inhibitor peptides
Enzyme inhibitor peptides can reduce the breakdown of collagen and other proteins by interfering with processes that break down those proteins. For example, some enzymes (such as MMP or Matrix Metalloprotease) degrade structural proteins like collagen. A peptide derived from rice proteins can inhibit the activity of the MMP enzyme and thus keep more collagen around. Peptides derived from soy proteins can also work to inhibit enzymes, specifically proteases. They may have some potential for inhibiting hair growth and reducing pigmentation.

Do peptides in cosmetics work?

Well, this really depends on what you mean by “work”. From a marketing standpoint they definitely work to sell products.

From a cosmetic standpoint, they really aren’t allowed to work. If the mechanism by which these ingredients are said to work is actually true, then these products would be considered drugs not cosmetics. It’s a case where if the products work as they say then they would be misbranded drugs. But if they are cosmetics, they don’t work.

You still may be wondering what the scientific evidence says about the effectiveness of these ingredients. This is a little more difficult to discover as there are so many different compounds.

There is some evidence that GHK-Cu can have a firming effect on skin when topically applied.
There is also evidence that Palmitoyl Pentapeptide helps with collagen synthesis, Pentapeptide 3 can work like Botox and Rice & Soy Peptides can work to reduce pigmentation, hair growth and other things. But whether they really work when delivered from cosmetics is debatable. Perhaps this is an area where formulators can have some real impact.

But remember, if your product works it’s probably an illegal drug.