There are no fillers in cosmetic products

It’s difficult to know where the claim or idea comes from but I frequently hear people say that there are “synthetic fillers” in cosmetics.  You even get some natural marketing brands who tout the fact that they don’t use “cheap synthetics or exotic fillers“.  Somehow this is supposed to make their products better.  Of course, it doesn’t make them better.  Less might be more in the food world, but not in the cosmetic world. 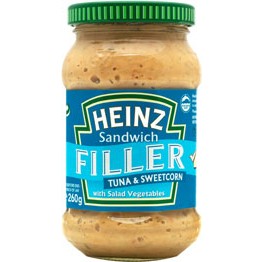 I want to dispel the myth right now…*fillers are not used in creating cosmetics!

It makes absolutely no sense.

The term filler comes from the food industry.  Food fillers are additives that increase the weight/volume of a food with less expensive ingredients.  This keeps production costs down.  For example, some flour-based fillers are added to meats to increase the bulk.  That’s how fast food places can make more burgers using less actual meat.

But this concept makes no sense for cosmetic formulations.

If we want to reduce the cost of a formula while increasing the weight / volume we add more solvent.  And for most cosmetics that means adding more water.

However, you can’t simply add more and more water to the formula.  While fillers in food can be seasoned to reduce the impact, solvents can not be modified to reduce their impact on the final formula performance.  And if a cosmetic doesn’t perform well people will not continue to buy it!

While there are a number of ways to reduce the cost of a cosmetic formula, adding fillers is not one of them.

There are some ingredients that are like fillers in that they are added to a formula but aren’t expected to have any impact on the performance.  These are called “claims” ingredients.  They are the natural extracts, sciencey sounding materials, and special feature ingredients that are added simply to support the marketing story that the company wants to portray.

Although even these ingredients aren’t properly called fillers because while they have no impact on the performance, they also have almost no impact on the formula cost.  They are used at such low levels that they are hardly noticed in the bottom line.

So the next time you hear someone asking about fillers in cosmetic products just tell them no.

There are NO fillers in cosmetic products.

*After writing this I thought about color cosmetics and indeed fillers are used in these formulations.  Powdered cosmetic products do contain fillers.  They are used for very good reasons because they improve performance but they also increase the cost of the formula.