It’s been a little while since we’ve done a dissecting the label so let’s do one.  Today we will look at the Old Spice Fresh Collection Denali Body Wash.  Incidentally, if you have products for which you want us to dissect the label, just send along your ideas. 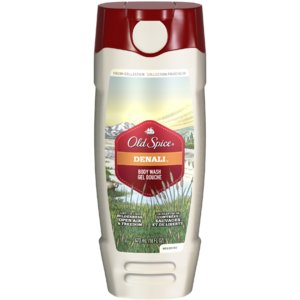 First, we list the LOI in the order presented.

This is a pretty simple, straightforward formula.  It just goes to show you that you don’t need a complicated cosmetic formula to make one that sells well.  This Old Spice Body Wash is one of the best selling products on Amazon.  There really isn’t anything special in this formula.  The diluent is water, then a few detergents, fragrance, adjustment ingredients, preservative and color.  The 1% line is most likely just before Citric Acid or maybe before the Fragrance.  This product is highly fragranced however, so the Citric Acid is probably the best guess.

What the ingredients do

There are so few ingredients that we can list each of them and say what they do.

1. Water - The diluent. Probably makes up about 85% of the formula

2. Sodium Laureth Sulfate, Sodium Sulfate, Sodium Lauryl Sulfate - This is the primary detergent system.  The SLES and the SLS are detergents.  The sodium sulfate is a reactant that is used to produce both the detergents.  I’m not really sure why it is listed on the ingredient list as it is unlikely to exist in that form when in the formulation.  However, this could be a result of tankless processing in which the detergents are made as the formulation is created.

3. Fragrance - This is to make it smell better.  There is typically a high level in body washes as the product is designed to cover odors.

4. Cocamidopropyl Betaine - A secondary surfactant to reduce irritation and make a creamier foam.

5. Citric Acid - Used to adjust the pH as necessary.

6. Sodium Benzoate, Disodium EDTA - Part of the preservative system.  The EDTA softens up the cell membranes and the sodium benzoate kills some of the microbes.

7. Methylchloroisothiazolinone, Methylisothiazolinone - The rest of the preservative system.  This ingredient goes by the trade name Kathon.  It may be popular in the future as it is paraben and formaldehyde free.  However, it is also a known sensitizer to some people and is not even close to be considered natural so maybe not.

8. Green 3, Yellow 10 - This product is all about fragrance and color so they add a good slug of color to make it look the way the story wants it to look.

This is about as simple a body wash as you can make.  Color, fragrance, detergent, preservative and water.

There are very few functional claims in the story of this product.

At the top of Denali exists a natural hot tub. Its waters smell as fresh as new-fallen snow. Getting into this hot tub has cost many a climber his life. They climb in and never want to climb out. Use Old Spice Fresh Collection Denali Body Wash, and you will experience a similar struggle when you leave the hot shower and step onto your freezing bathroom floor. But unlike those long-gone alpinists, you will smell crisp and manly, not stewed and deceased.

“Leaves skin feeling refreshed” is easy enough to prove. Pretty much any body wash (or washing) could claim to do this.

There really are no other claims that aren’t “puffery”.

One of the important things that this formula teaches is that you don’t have to have a complicated formula to have a good selling formula. This is about as simple a body wash as it gets and yet P&G has been able to sell a lot to their target audience. Figure out what your target market wants, then formulate products that they like. In this case, the Old Spice men want a standard detergent that smells good and has the right color.