How to be convincing 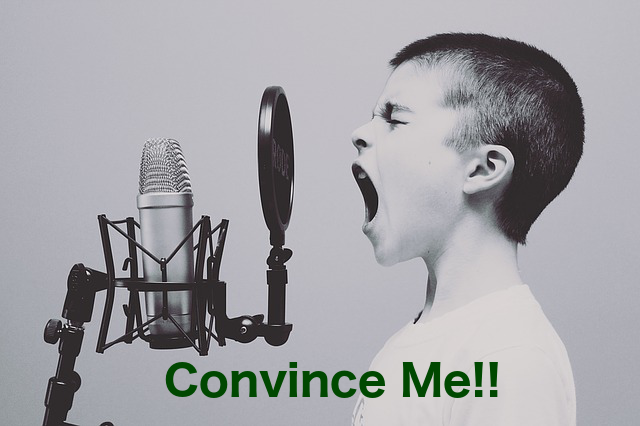 When I participate in discussions about cosmetic ingredients, I’m usually disappointed in the quality of arguments people put forth in support of their positions. It is especially disappointing when I know the person genuinely believes their position and wants to make a difference. While it may seem that I’m stubborn and unswayed by arguments, the opposite is true. It’s EASY to convince me. And it should be easy to convince any rational, science-driven person. You just need to make a scientific argument. Here are some tips.

If you want to convince someone, make your argument easy to understand. If people are confused by what you are saying they won’t easily accept it. Also, make your argument specific. Specific things are provable. General statements are much more difficult. For example, your argument shouldn’t be “cosmetics are causing cancer.” It has to be more specific. What type of cosmetic? What type of cancer? Any position is fine to take. However, to be convincing you need to go the next step and find supporting evidence.

Finding evidence to support your beliefs is not hard. Since anyone can write anything about anything on the Internet, a quick Google search will likely turn up a blog post (or many) that support exactly what you want to say. Unfortunately, this is not “good” evidence. Finding good evidence to support a position is difficult.

Practically worthless
- Personal experiments (might be useful for yourself, not useful for a general claim)
- Anecdotal evidence
- Emotional appeals
- Social media evidence
- Pictures
- Evidence from people who financially benefit from a position being true
- Opinions from non-experts on the topic
- Opinions from belief-motivated groups
- Logical fallacies

Find evidence why your position is wrong

Most people are so focused on proving themselves right they ignore anything that might prove them wrong. This is a huge mistake. Your objective should not be proving yourself right. The objective should be to discover what is true. Truth is more important than being right.

Don’t fall in love with your own ideas. Always keep an open mind and adjust your thinking based on new evidence.

Seeking out disconfirming evidence can only strengthen your argument. If what you believe is true, then you’ll be prepared to refute any argument against you. This will make you much more convincing. And if you find something that makes you doubt your position, at least you know you need to change your position.

You should ALWAYS be able to answer the question, what evidence would convince me that my position is mistaken? If there is nothing that will change your mind, your position is an irrational belief, no better than an opinion. Being irrational does not mean it isn’t true, but irrational beliefs are not convincing.

Be tactful in arguing

After you’ve looked at all the evidence for and against your position, go out and try to convince people. Present your argument, back it up with evidence and see what they say. Take their feedback and refute it with evidence, or change your views based on new ideas.

Ask what information they would need to convince them. If there is nothing, you are wasting your time. It’s practically impossible to change the irrational mind. But if they give you an answer, find the evidence they need (if it exists).

A few other tips:

If you are concerned about the safety of cosmetic products then you’ll want to convert as many people as you can to your way of thinking. The best way to do this is to follow a logical, science-based argument that is supported by evidence. Emotional arguments may convert some people, but these are not usually the people in charge of regulatory bodies like the FDA or the EU Commission.

If you really want to change the world, be sure you have developed an argument that can do that. Get scientists on your side and you’ll have a real shot at making an actual difference. Otherwise, you’ll just be dismissed as another scaremonger who knowledgable people will ignore.