There are a wide variety of water types that you can use when formulating cosmetics.  Distilled, deionized, purified or tap water are all options for cosmetic formulators.  Here is the difference between all of them. 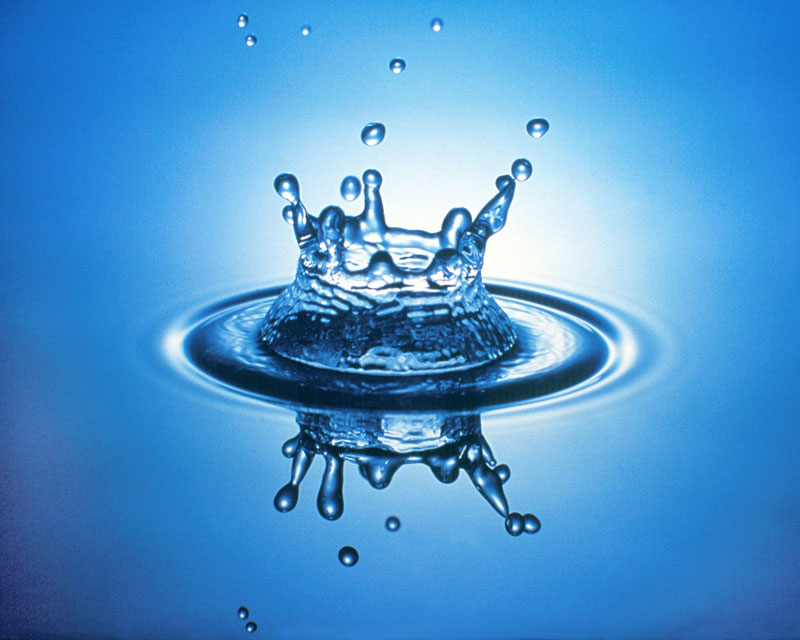 When you get the water right from the drinking fountain or city water supply, it’s filled with a small amount of metal and mineral ions.  Often this will not have any effect on your cosmetic formula but it can especially if you are using any soap based ingredient.  Since you can’t control the level of ions in a formula it’s best to formulate with something that is a little better purified than tap water.

This is the oldest form of purifying water.  In this process water is boiled in a still.  The vapor is collected in a condenser and cooled to reform the water.  Theoretically, it removes all traces of contaminants except those that boil at a temperature lower than water such as some alcohols.  It also will absorb Carbon Dioxide from the air so the pH will typically be lower (pH 4.5 - 5.0).

This is water in which the non-water related ions have been removed.  Tap water is usually filled with ions from the soil including sodium, calcium & magnesium plus metal ions from the pipes such as iron and copper.  It is deionized by sending it through an ion exchange column which is a tube that contains a resin which will selectively bind with ions in water.  Ionized water goes in and deionized water comes out.  This process doesn’t remove organic contaminants, viruses or bacteria.

This water is sent through an ion exchange process.  It’s pretty much the same thing as deionized water.  There really is no difference when it comes to formulating cosmetics.

When you want just pure H2O this is what you want.  The water is first demineralized then it is sent through an electrodeionization process.  This is great for electronics and pharmaceuticals.  It’s probably over-kill for cosmetics.

There you have it, all the different water you might use when making cosmetic formulas.  It’s important to note that whatever water you use if you are making a cosmetic the only proper way to list it is on the ingredient list is WATER.

There has been much written about the benefits of herbal and plant extracts in cosmetic products. You can find entire books like this one and…

If you have an idea to startup a cosmetic business you might be wondering how much it will cost you and whether it will be profitable. We list the primary costs you’ll incur including product development, marketing, and business expenses