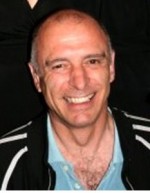 In this episode of the podcast we speak with cosmetic chemist Dene Godfrey about preservatives, the cosmetic industry in the UK and the Society of Cosmetic Scientists. The show also features cosmetic science news and a discussion about knockout experiments.

More Research to be done on Formaldehyde

According to a report by Cosmetics Design, the Cosmetic Ingredient Review panel (CIR) will be taking another look at Formaldehyde as used in cosmetics. This was prompted by complaints about a product called the Brazilian hair straightening system.

The CIR is an industry sponsored, independent expert panel that is responsible for reviewing and assessing cosmetic ingredients and determining whether they are safe. It will specifically be looking at the ingredient as used in these hair smoothing systems.

Last month, both Health Canada and the US Occupational Safety and Health Administration came out with reports that there was significantly more than 0.2% formaldehyde in these products. .2% is the maximum allowable limit when used as a preservative according to the CIR.

The company who makes the product claims that they are using Methylene Glycol and not formaldehyde. They also say that the tests used by Health Canada and OSHA do not distinguish between the different chemicals.

————-
This is an interesting issue. When I first started in the cosmetic industry I worked on a hair conditioner that contained Formaldehyde as an ingredient. But according to experts, it really wasn’t formaldehyde. Formaldehyde is a gas and when you put that ingredient in water it chemically reacts to form Methylene Glycol. The same is true of formaldehyde donor preservatives like DMDM Hydantoin and Imadazolidinyl Urea. As some would say, methylene glycol was not tested for safety so the limits on Formaldehyde shouldn’t apply. Sounds reasonable but I’m not sure I would agree that the limits shouldn’t still apply. When the CIR testing of formaldehyde was originally done, it was done on a liquid product. Presumably, methylene glycol. So any limit they came to originally, should apply to that compound.

Of course, I’m not an expert in this area but it does make sense that there is more testing done. It will be interesting to see where the CIR comes out on this one. They are having a meeting in a couple of weeks so maybe there will be some news soon.

In the meantime, the issue of Formaldehyde in the Brazilian hair straightening product will also be interesting to watch. There is a court case currently going on. I know the makers of the product say they don’t use formaldehyde but I’m not sure this is exactly accurate. Sure they might not put formaldehyde in their products, but the chemical reaction that happens between the protein and the solution does involve formaldehyde creation & reaction. That’s what makes it work. Stay tuned to see how this one turns out.

The other story I wanted to talk about was this report from the Annual meeting of the American Academy of Dermatology about nanoparticles. Dermatologist Adnan Nasir gave a review of nanotechnology and how nanoparticles may eventually be used in cosmetic products. They are already used in sunscreens but the promise of the technology has the industry looking to use them even more. Currently the industry has accepted a voluntary ban on nanoparticles while they wait for the science of safety to be more settled.

There were some interesting things that Dr. Nasir noted.

1. The cosmetic industry leads all other industries in the number of patents filed for nanoparticles.
2. Nanoparticales would help make ingredients that are aesthetically displeasing more acceptable.
3. The particles can also deliver active ingredients to the lower levels of skin. For antiaging products
4. They might be able to treat skin cancer. Nanoparticles of gold have worked in animal studies.

Of course, people are afraid of nanotechnology and for possibly good reasons. It is a bit concerning that chemicals can start penetrating the skin and getting into the body. It’s prudent that the FDA is continuing to investigate and test the technology for safety.

I think nanotechnology will be the future of formulating however. We have peaked in things such as surfactants and emollients. Formulators need some new ingredients or forms of ingredients to make any serious improvements in cosmetics. Nanotechnology might just be the way.

How to do a Knockout Experiment

There are many different routes you can take to learn to become an expert formulation chemist but few are more powerful than conducting your own knock-out experiments. These type of experiments can help you learn a number of things such as,

It can also potentially lead to the discovery of a new formulation and cost savings ideas.

The term knockout experiment was taken from the field of genetic engineering. In it, scientists create organisms in which they remove or “knock out” a specific gene. Then they see what effects the removal of a certain gene has on the organism.

In the cosmetic chemist’s version of a knockout experiment, you take a known formula and “knock out” a specific raw material. You then see what effect the absence of that raw material has on the final product. It’s a simple yet powerful study that can quickly get you familiar with any formula.

When you first start your cosmetic formulating job, you will often start new projects with a formula that your company had previously developed. I remember the first formula I ever made (a shampoo) was originally developed by the guy whose notebook I inherited. My boss asked me to make samples to give to our Marketing group for evaluation. I had no clue about why any of the raw materials were used, what they did, or even how hard they were to work with.

You will undoubtedly be in the same position if you are just starting in this industry. Even if you’ve been around for a long time, it’s impossible to know the effect of raw materials in any formula you haven’t personally made (or observed being made).

Knockout experiments can rapidly tell you when making a batch exactly which ingredients have the most effect, which ones can be removed and which ones interact. When you’re done making the formulas, you can learn what raw materials have the most impact on the final specifications and the product performance.

The amount of information you can learn from a single knockout study makes it well worth doing on every new formula you are asked to work on.

Running a knockout experiment is fairly easy. All you have to do is take your initial formula and make a series of batches in which you remove one ingredient. If it’s a water-based formula, you simply add water to replace the missing mass.

Here is an example batch sheet for conducting a knockout experiment on a shampoo formula. (Click to enlarge) As you can see, each subsequent formula has a line where the value of one ingredient is supposed to be.

In this formula there are 8 unique ingredients which means you will need to make 8 different batches. The first batch is the control batch which should be made first. This ensures that you are able to successfully make the formula.

You should try to control as many variables as possible such as temperature, mixing speed, mixing time, etc.
Simplifying the knockout experiment

While it is best to make a new formula for each ingredient, this can become impractical and unproductive if there are dozens and dozens of different raw materials. In these cases you can minimize the number of batches to make by ignoring ingredients not expected to significantly impact the end performance such as

If you don’t know which ingredients are superfluous, ask one of your more experienced peers. But be careful. It is wrong to make any assumptions about a formula. There could be ingredients you expect not to have any effect that do.

It’s worth noting that more complicated versions of this knockout experiment can be conducted using DOE (design of experiment) software. These experiments can give you much more information. Unfortunately, they also require many more batches to be made. In future articles we will discuss DOE further.
Evaluating your cosmetic knockout formulas

After you’ve made your batches you will end up with a series of formulas that need to be tested. At the very least you should take pH and viscosity measurements. You can then correlate the presence of any ingredient with an effect on those variables. This can be extremely useful if you need to help make adjustments on the production level in characteristics like pH, viscosity, texture, odor and appearance.

You should also conduct appropriate lab tests to see how the removal of a certain ingredient affects performance. For foaming products, conduct foam tests. For skin lotions, do a moisturizing test. Perhaps most important is to try the product out on yourself. Try to experience the product like a consumer. This will give you excellent clues about how important any raw material is to the overall effect of the formula.

The knockout experiment is not a perfect way to learn all you can about a formula. There are important synergistic effects it will miss. That’s why DOE is often superior. However, you can’t beat knockout experiments for speed and ease. And you’ll definitely learn a lot about raw materials quickly. To become a great formulation chemist you have to make a lot of batches and try many different ingredients. The knockout experiment helps get you there faster.

Dene Godfrey has been worked in the cosmetic industry, specifically focused on preservatives, since 1981. He has had jobs with various companies around the UK including the Boots Company and Nipa Laboratories. He obtained a BS in Chemistry from Open University in 1996 and has been an active member of the UK Society of Cosmetic Scientists where he has held various positions on the SCS Council including president in 2009/10.

Dene Godfrey is a frequent contributor to Personal Care Truth.com. You can contact him through that website.

The Complete Cosmetic Chemist training program has closed.  You can get on the early notification list by clicking here.

The Chemists Corner crew will be in New York City from December 08 - December 10. Contact us if you would like to meet up.

If you have a question, comment or other suggestion about the podcast, leave a message in the space below.

Chemists Corner is a podcast about cosmetic science and is broadcast to help educate, entertain, and inspire current and future cosmetic scientists. The information and opinions discussed on Chemists Corner are those of the hosts and the guests alone. They do not necessarily reflect those of any past, present or future employers.

If you have spent any time reading information about cosmetics on the Internet, you’ve no doubt come across scare stories about dangerous, “toxic” ingredients. It…