But you might still be left wondering why there aren’t more. Or why, as Timothy Caulfield points out in this Atlantic article, there isn’t much good cosmetic science research being done.

Here are a few reasons I think cosmetic science isn’t more widely taught in universities or even that there isn’t a lot of solid, scientific research being done.

In the US there are ~5000 members of the Society of Cosmetic Chemists. Now, not every cosmetic chemist or researcher in the subject is going to be a member, but it’s a pretty good approximation. Just compare that to the American Chemical Society which has over 155,000 members. Colleges and Universities cost a lot of money and students who go through these programs expect that they’ll be able to use their degrees to do something once they are finished. While the topic of cosmetic science is interesting, there aren’t an unlimited number of jobs available for everyone who graduates. Universities would rather churn out students with degrees in a more general subject like Chemistry or Biology than in Cosmetic Science. It just makes the students more employable.

The subject is seen as frivolous

Developing a program in a university typically requires a researcher to run it. And the amount of independent research being done on cosmetics is low. This is related to funding but it is also related to the notion that cosmetic science is seen as frivolous. As a researcher, even if you discovered something that seems important to you, does it really matter? You haven’t cured a disease, saved a life, or done anything that others see as important. When a university has to decide between funding a program for drug development or cosmetic development, most of them will choose investigating new drugs over new cosmetics.

While I don’t think this is necessarily a good reason or that other “unimportant” topics get funding and university programs, it does make it less likely that a researcher or college is going to want to pursue the topic.

Most discoveries have already been made

I know this opinion may not age well as there could be some amazing future discovery that changes everything, but for now there really isn’t much new to discover in cosmetic science. The biggest discoveries like surfactants, colorants, perfumes, moisturizers, etc. have already been found. Most of the work now is focused on incrementally improving those things. However, there haven’t been many real breakthroughs in decades. The raw material suppliers and cosmetic marketing departments would disagree, but really, the cosmetics of today are not radically different than the ones from 30 years ago when I started in the industry. And with innovation focused on marketing stories like “clean beauty,” sustainability, or customized beauty, I don’t see any major improvements happening any time soon.

Without significant problems to solve, researchers and universities aren’t exactly going to flock to a subject. I asked a group of cosmetic formulators and didn’t get many responses to “what are the biggest unsolved problems in cosmetic science?” The fact that people in the industry couldn’t come up with anything they thought was a big, unsolved problem in the topic is significant.

The subject is too complicated

Perhaps the biggest reason that there aren’t more cosmetic science programs or that there isn’t a lot of good research going on is because cosmetic science is hard! Cosmetic science involves skin, hair, physics, chemistry, biology, psychology, economics, and more. It’s harder to make an advance in cosmetic science than it is in theoretical physics. You can make some great discoveries in the lab which have exactly no impact on consumer perception of the final product. You can do all the clinical, lab, and consumer studies you want, but once you get your product out into the cosmetic marketplace, you’ll have no idea whether consumers will like it or not. The success or failure of a product is not predictable. That is primarily because we don’t understand the psychology of human behavior and preferences.

I love the topic of cosmetic science and formulating and would be happy to see many more cosmetic science programs produced by universities. I’d love to see more and better research in the topic. But unless there is some significant, accidental discovery that can revolutionize the industry, I don’t see that happening any time soon.

What are the biggest unanswered questions about cosmetic science? I have my opinion but what do you think? If you had all the money in the world, what topic would you study in cosmetic science? Leave your comments here.

But it still is a fascinating subject and there still are new chemists hired every day. If you want to learn more about formulating cosmetics and cosmetic science in general, take a look at our Practical Cosmetic Formulation course. 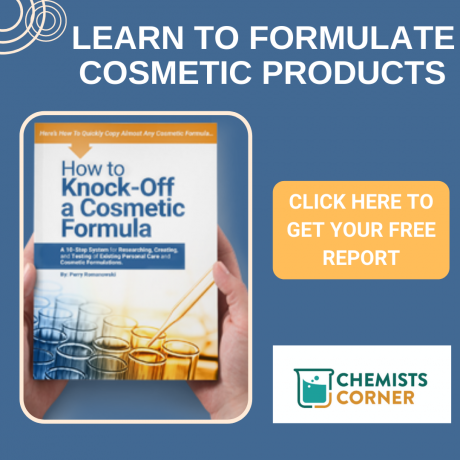