As a cosmetic chemist it’s always a good idea to come up with new ideas even if you aren’t working in a particular area at the moment.  If you’re like most scientists in this industry, a number of your projects will be dull rehashings of previously created formulas.  You’ll spend lots of time swapping out a fragrance or color or tweaking a surfactant.  It’s rare that you ever get to make a truly new formulation. 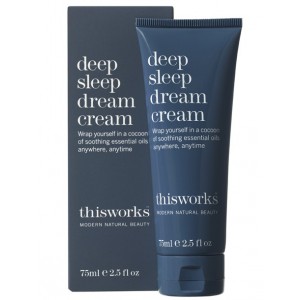 But that doesn’t mean you shouldn’t think of new ideas and try them out.  This is what is your primary value as a cosmetic chemist.  You don’t need a chemistry degree to remove one color and add a different one.  However, being a trained scientist will help you identify problems and think up new solutions for them.

Always be coming up with ideas and inventing

Here’s an example of a new idea which you can feel free to steal or make yourself.  I am a firm believer in the idea that no one owns an idea and that if you have a good one it is your obligation to share it with the universe.  If someone else is able to make it happen when you couldn’t, well, at least the idea became something which helps the rest of the world.  It saddens me to think of all the great ideas that people took with them to their graves just because they were afraid someone would steal their idea.  No one is going to steal your idea.  They are too in love with their own ideas.

Alright, in the spirit of sharing ideas here’s one that I thought about after reading this research done by Estee Lauder regarding skin aging and sleep.  Create a overnight skin lotion that helps people sleep better.  You could add different aromas which impact sleep.  Partnering with the Smell and Taste Institute might help in identifying these odor.  You could also make a warming sensation which typically is associated with sleep.  Then the rest of the product marketing could all be geared towards encouraging sleep.  Point to the skin aging and sleep studies and viola!  You’ve got a niche anti-aging overnight cream.

Of course, as with nearly all ideas in the cosmetic world, someone has already thought of it as you can see by the picture in this post.  However, just because someone has already done an idea doesn’t mean that they’ve done a good job of it.  That just means it’s an idea that is good enough to launch.  People keep opening new restaurant even though there are thousands already out there right?  You need to take the idea and make it your own.  Make the execution of the idea special.  Do a better job with the idea than the people who have already done it.

Ideas don’t have to be unique but idea execution does.

In truth, I’m not sure I’m buying the sleep / aging skin link.  There are just so many variables and the rating of “good sleep” versus “bad sleep” seems pretty arbitrary to me.  And they only tested 60 people in their study.  It hardly seems convincing to scientist Perry.  But cosmetic product marketer Perry is convinced!  And most people who consume cosmetics are more like the latter character.

If you launch a product like this, let me know.  I’ll be sure to mention it here on Chemists Corner.