10 Things Surfactants Do In Cosmetics

In the first part of our cosmetic surfactant series we talked about what surfactants are and how they behave in a cosmetic mixture. In this next part we look at what you can do with surfactants.

Surfactants are widely used in cosmetics because they let you do a number of different things in your cosmetic formulating.  Here are ten things that surfactants can do in cosmetics.

One of the most useful things surfactants allow you to do in your formulations is to blend oils and water. This opens up a world of formulation possibilities. When you want to deliver occlusive agents and emollients to the skin, surfactant emulsifiers let you do that in a way that feels great and spreads easily. If you want to deliver a light coating of oil to hair, emulsifiers let you do that too. Nearly every cosmetic on the market uses some type of emulsification system. 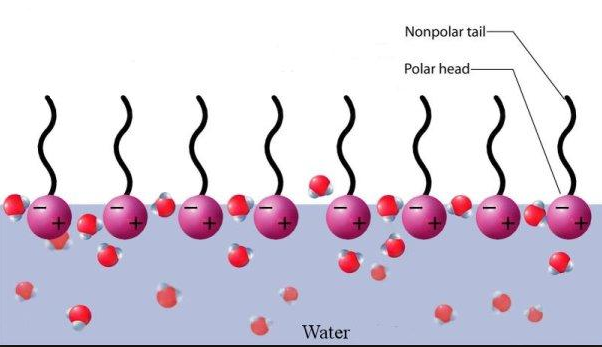 No doubt one of the oldest applications of surfactants is to clean dirty surfaces. People were using surfactants for this purpose before they even knew what surfactants were. Soap, which is a surfactant made by the saponification of fatty acids has been the most widely used surfactant in human history. Surfactants work as cleansing ingredient because they are attracted to surface non-polar dirt particles. They can surround those particles, lift them off the surface allowing them to be rinsed away. Whenever you need to create a cleaning product, you’ll need some surfactant.

Whenever you want to create a cosmetic product that foams, you’ll want to include a surfactant. While foam is not a good indication of whether a surfactant will clean a surface or not, it is a cue that consumers pick up on to decide whether they like a product or not. In general, low foaming cleaning products are not liked. Foam is created when their is mechanical agitation to a system and the surfactant molecules stabilize the surface of trapped air.

While some surfactant effects make them functional ingredients other uses for them are related to their aesthetic properties. One of the problems with most skin conditioning ingredients is that they are tacky, sticky and don’t spread very easily on dry surface. Adding water will help but if you really need to make your product spread out on the surface of hair or skin, a surfactant is what you need. When placed on the surface of skin the surfactant molecules act like tiny ball bearings allowing the nonpolar molecules to easily spread over the surface.

This property is related to emulsification but it works on a smaller scale.  When you want to blend a nonpolar ingredient like a fragrance or essential oil into a system that you want to remain clear, you need to use a solublizing surfactant. The solubilizer will surround the nonpolar molecules, and create tiny clear particles. If you pick the right solubilizer you can make almost any system clear.

This is the opposite of solubilizing although it works similarly. While surfactants are compatible with both oil and water they aren’t all compatible to the same degree. There are some surfactants such as Glyceryl Stearate which will mix through a system but will create particles that are large enough to bend light and be seen by whoever is using the product. This is called pearlization and is a way to make your products opaque or pearly looking. It’s very popular in moisturizing shampoos and body washes.

Since surfactants can create structures in mixtures of polar and nonpolar materials, they also have the effect of being able to change the thickness or viscosity of a system. One of the primary thickening systems you’ll find in cleansing systems is the surfactant system.  There is no additional thickening needed. You just need to control it with the appropriate level of salt which is determined through a salt curve analysis.

Surfactants have the ability to disrupt any system in which there is a polar molecule and a nonpolar molecule.  It turns out that cell walls and membranes are made up of phospholipid bilayers (which also happen to be surfactants). Since microbes are made up of cell membranes and walls surfactants can break those down and kill the offending microbes. So, in some circumstance you can prevent microbial contamination by including a surfactant in your system.

There you have it, the top ten reasons to use a surfactant in your formulations. In the next entry in this series we’ll look at the different types of surfactants and which ones work best for specific applications.

Are you interested in learning how to formulate cosmetics? Check out our course Practical Cosmetic Formulation.