Cosmetic Regulations Around The World

It has never been easier than it is now to create your own cosmetics for personal use and for sale. The Internet has made it simple to get raw materials, find formulas, and even sell and distribute your products. It’s so easy that many formulators and cosmetic brand owners start their businesses with little or no knowledge of the regulations that affect their efforts. In this post we’ll cover the relevant agencies that regulate the cosmetic industry in the US and around the world.

Here’s a quick list of the regulatory agencies that affect the cosmetic industry around the world.

One of the most common claims you’ll hear about cosmetics is that they are not regulated in the United States.  This is false. Cosmetics are very much regulated in the United States.  In fact, the word Cosmetics is mentioned specifically in the regulations that govern it, the Federal Food, Drug and Cosmetic act. First passed in 1938, it created the government agency responsible for regulating cosmetics, the Food & Drug Administration (FDA). If you are a formulator in the cosmetic industry, you need to know the FDA rules regulating cosmetics and cosmetic ingredients. While the FDA only regulates cosmetics in the United States, it’s rules also impact anything that is imported or sold into the US.

The US is also effected by the efforts of individual states, particularly California which has passed regulations related to environmental emissions (CARB), carcinogens, and organic labeling.

If you are creating products for the Canadian cosmetic market then you’ll have to follow the guidelines set up by Health Canada. They follow many of the same rules as the US but they also have adopted some of the rules of the EU. They are in the process of banning animal testing of cosmetics.

Mexico’s equivalent to the FDA is the Federal Commission for the Prevention of Sanitary Risks, COFEPRIS. In 2015 they updated their regulatory standards that apply to cosmetics, perfumes, and personal care products. The two standards that affect product labeling and allowed ingredients are NOM 159 and NOM 259.

The EU represents 28 countries which makes it pretty convenient if you are a formulator for multiple countries in Europe. In the EU, cosmetics are regulated by a document called the Cosmetics Directive 76/768/EEC. Their regulations tend to be a bit more detailed than in the US specifically governing ingredients that can and can’t be used. They also have banned animal testing of cosmetics.

There are a variety of countries in Central and South America. They primarily follow International regulations for cosmetics adopting some of the EU and US rules.

INMETRO - Brazil - The biggest cosmetic market in South America is Brazil. The also tend to have the most complicated regulations to follow. But INMETRO has published a document which will aid formulators who are interesting in selling products in this market.

ANMAT - Argentina - If you are formulating for Argentina, this is the regulatory agency to connect with.

Countries in the Middle East and Africa are predicted to be the fastest-growing markets over the next five years for the cosmetic industry. There aren’t a lot of specific regulatory groups for the area but South Africa is probably the most developed.

CTFA - South Africa - The Cosmetic, Toiletries, and Fragrance Association of South Africa is not the government but an industry trade organization that plays an important role in steering and creating regulations for the cosmetic industry in South Africa.

China FDA - China continues to emerge as one of the most important cosmetic markets in Asia. It is a growing economy and has a huge population that will use cosmetics. They tend to update their regulations more frequently than other places so if you are formulating for China, be sure to check this site for any updates.

Department of Health and Family Welfare - India - This is the second most populace country in the world but it has some of the oldest cosmetic regulations. Their food drug and cosmetic act equivalent was passed in 1940 and has been updated a few times since. For information about the latest rules governing formulations in India, this is the site to visit.

ASEAN Cosmetic Directive - Southeast Asia nations  - In 1967 countries throughout southeast Asia signed on to become part of a single organization that will help promote security, economic development and trade. Through this group a set of regulations affecting the cosmetic industry was produced. These rules affect cosmetics sold in the 10 member countries of the ASEAN including Indonesia, Thailand, Singapore, Vietnam, Malaysia, Philippines, Myanmar (Burma), Cambodia, Laos, Brunei.

Department of Health - Australia - In many ways the Australian cosmetic market is like the European and American markets. They follow most of the same rules and categorize products similarly. For formulating in this market, be sure to check with this website first.

In most countries, governments rely on input from industry groups and independent organizations for help in crafting appropriate regulations. It is helpful for cosmetic formulators and marketers to know the rules set up by these organizations.

PCPC - Personal Care Products Council - This organization sets the ingredient naming rules for the cosmetic industry in the US. They produce the INCI Dictionary whose naming conventions have been adopted by most every country around the world. They also issue reports and comments about the safety of cosmetic ingredients

CIR - Cosmetic Ingredient Review - This is an independent group of scientists & regulators funded by the cosmetic industry which is responsible for evaluating the safety of cosmetic ingredients. If you are wondering about the safe levels of ingredients that are used in the cosmetic industry, then this is the place to find the information. Their conclusions are based on peer reviewed experiments and evaluations by toxicologists.

IFRA - International Fragrance Association - Whenever you are using fragrances or ingredients that go into fragrances, it’s a good thing to check this group for the allowed safety levels. The European Commission uses IFRA recommendations when it comes to regulating fragrance ingredients.

SCCS - Scientific Committee on Consumer Safety - This is a government funded group of scientists that evaluate the safety of cosmetic ingredients for the European cosmetic market. They do the same job as the CIR but are not industry funded.

CTPA (UK) -  The Cosmetic, Toiletry and Perfumery Association (CTPA) is considered the voice of the cosmetic industry in the UK. They are the equivalent of the PCPC in the US and publish a range of information about the safety of cosmetic products.

Japan Cosmetic Industry Association - This group is similar to the CTPA and the PCPC but relates to the Japanese cosmetic industry.

We’ll continue to add to this page as we get more groups. This page is specifically related to cosmetic regulations so other groups which are certainly related to the cosmetic industry like the SCC or IFSCC are not included. We’ll do another post for organizations like that. 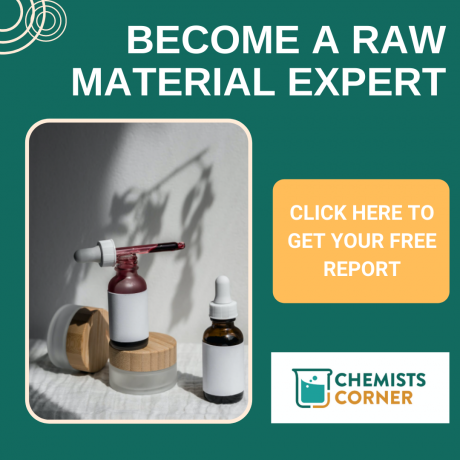